Fukuoka is the largest city on Kyushu Island, with more than 1.5 million inhabitants. This city has a rather rich history, as an entry point for Mongolian invasions in the 13th century and a link with China and Korea on the other side of the sea. The town of Fukuoka as it is known today was founded in 1889, following the merger of the historic Fukuoka (lordly town of the Kuroda clan) and the neighbouring town, Hakata (trading town), separated in two by the Nakagawa River.

Located between the Genkai Sea and the mountains, Fukuoka offers a great diversity of landscapes. To visit the city, the best season is autumn: the climate is cool and the typhoon season is already over. The city is well served from Tokyo or other major cities by Shinkansen, but also by air since its airport, Fukuoka Airport, is the largest in Kyushu, and it connects the island to all of Japan, Asia, but also to some European destinations!

The main tourist attraction of the city is Fukuoka Castle and its park, Ohori Koen. It was rebuilt in 1950-1960 and its stone turrets and ramparts can still be seen.

The best way to discover the history and traditions of Fukuoka during a stay there is to visit the Hakata Machiya Folklore Museum. Other attractions that cannot be ignored to immerse yourself in the city’s culture are the Hakata-za and its Kabuki performances, or the Kokusai Centre and its sumo competitions. As for the Tenjin district, it is more commercial, and it is also where the skyscrapers housing offices are located.

Both locals and tourists also enjoy taking a boat to visit the surrounding islands, including Nakasu; or spending a day on one of the artificial beaches.

The best view of the city can be observed from the 234-metre high Fukuoka Tower.

Fukuoka’s cuisine is renowned throughout Japan and even the world: indeed, it is from here that the famous noodle broths called ramen come.

Finally, the city of Fukuoka also hosts many festivals that are worth a visit, including Hakata Dontaku (May 3-4), or Hakata Gion Yamakasa (July 1-15). The opportunity to discover the popular but also traditional culture of Kyushu Island and Japan in general! 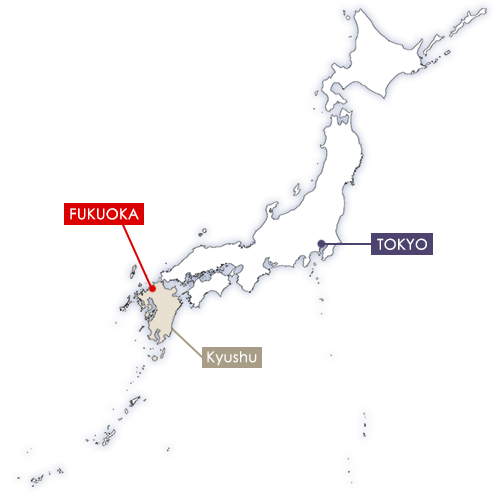 Where to sleep in Fukuoka 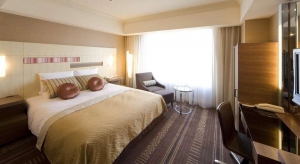 Boasting 10 dining options, a health club with indoor pool, and massage and concierge services, Hotel Okura is 250 m from Nakasu-kawabata Subway Station. Free WiFi is available in all areas. 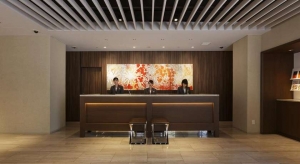 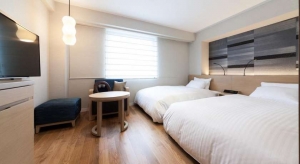 Only a 5-minute walk from JR Hakata Train Station, Nishitetsu Hotel Croom Hakata offers free WiFi and rooms with a flat-screen TV and videos-on-demand. Guests can relax with a massage or refresh in the spacious public baths. 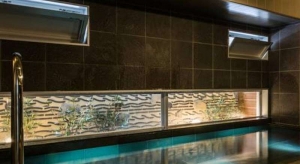 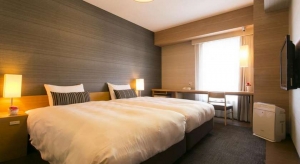 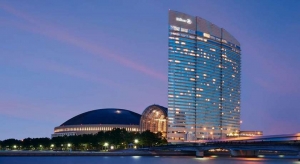 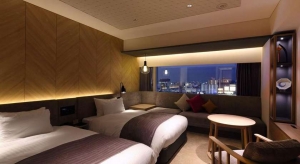 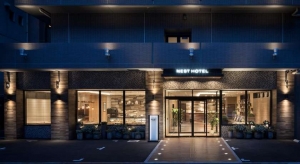 Conveniently set in the Hakata Ward district of Fukuoka, Nest Hotel Hakata Station is located 300 m from Fujita Park, 300 m from Hakata Station Monument and 400 m from Statue of Kyushu Railway Place of Origin. Among the facilities of this property are a restaurant, a 24-hour front desk and luggage storage space, along with free WiFi throughout the property. 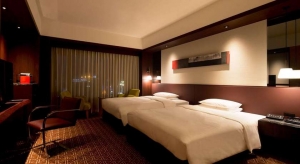 Situated inside the Canal City Hakata, an entertainment and business complex, Grand Hyatt Fukuoka is a 5-star luxury accommodation boasting an indoor swimming pool, a free-use fitness centre and spacious guestrooms decorated in a warm grain colour. Hakata Shinkansen (bullet train) Station is a 5-minute drive away. Wi-Fi is available throughout the property.


Browse through all available hotels in Fukuoka 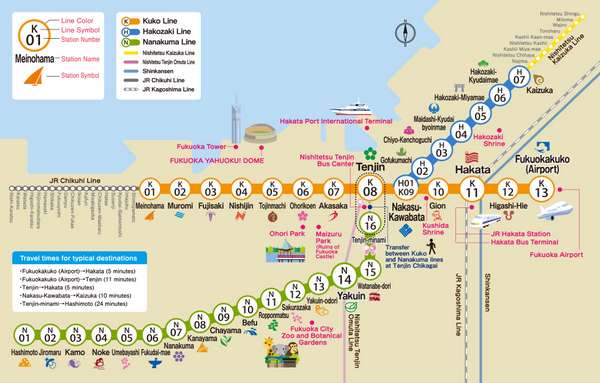 The city has 3 subway lines