Okayama is the capital of the prefecture of the same name, located in the Chugoku region of Honshu Island. Ancient stately city, it is bordered by the Seto Inland Sea and is known for its surrounding orchards, mainly dedicated to the cultivation of peaches which are renowned throughout Japan

Okayama can be reached quickly from Tokyo by plane, with a few airlines providing a direct connection (1 hour and 15 minutes flight time). It can also be reached by train by taking the Shinkansen (Tokaido/Sanyo line), the journey takes about 4 hours.

Okayama has some major sites, such as the sumptuous Koraku-en garden, one of the three most beautiful gardens in Japan (with Kenroku-en gardens in Kanazawa and Kairaku-en in Mito). This garden located in the middle of the Asahi River was erected at the turn of the 18th century and was used for a long time as a resting garden for the daimyo (lords of feudal Japan) before being destroyed during the bombings of the Second World War, then rebuilt in the same way. These include the Enyo-Tei Pavilion, where you can admire the view of Yuishinzan Hill and Mount Misao; Kayo-no-ike Lake and its waterfalls; and the Yatsuhashi Bridge.

Okayama’s other main tourist attraction is its black castle, nicknamed the Raven Castle (U-Jo), dating from the 16th century (and having, like the garden, been rebuilt after the 1945 bombings). The top floor of the castle has a breathtaking view of the garden Koraku-en.

The garden and the castle are located opposite each other, so it is usually advisable to spend a day visiting Okayama. You can also enjoy a stroll through the city through the ancient streets of Okayama, and admire buildings from the Edo period, including the Ashimori Samurai residence. The ideal time to visit the city is the cherry blossom (sakura) season because the park is even more beautiful during this period.

Tourists visiting Okayama generally take advantage of their visit to visit the city of Kurashiki, known for its waterway and historic Bikan district. The city of Imbe, known for its many workshops and galleries of Bizen pottery, one of the oldest styles of ceramics in Japan, is not far either. To the south, the large Seto bridge linking Shikoku Island to Honshu Island offers a beautiful view of the Seto Sea, making Okayama an important crossroads in the region.

In Japanese folk culture, Okayama is associated with the tale of Momotaro, the boy said to have fallen from the sky in a peach. There are many representations of him all over the city!

In terms of gastronomy, Okayama’s culinary specialities are muscat and ice fishing. 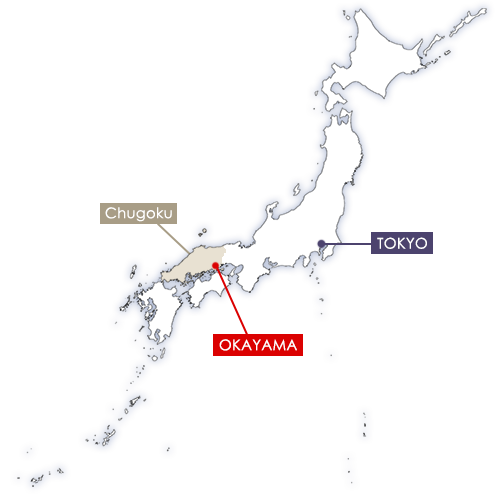 Where to sleep in Okayama 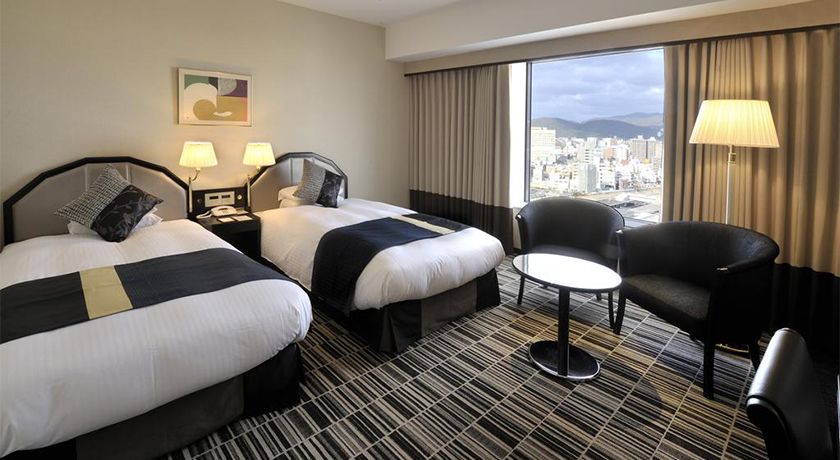 Directly connected to Train Station, Hotel Granvia is a 15-minute train ride from Kurashiki. It offers restaurants with 19th-floor views, an indoor pool with a sauna, as well as rooms with free WiFi and free wired internet. 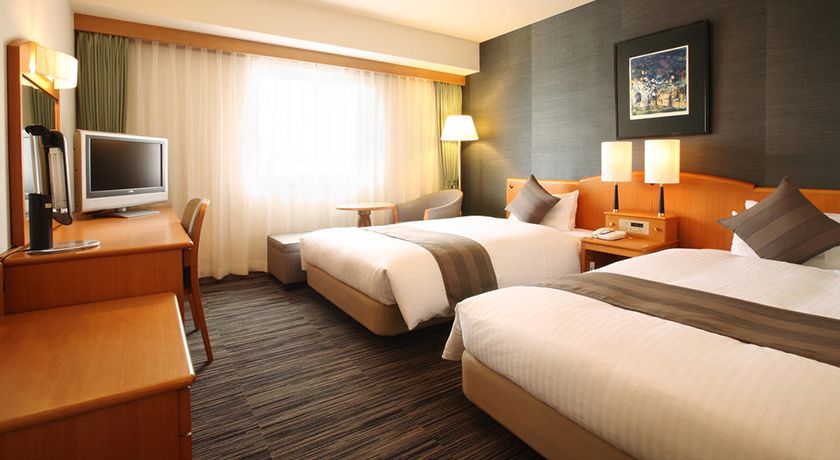 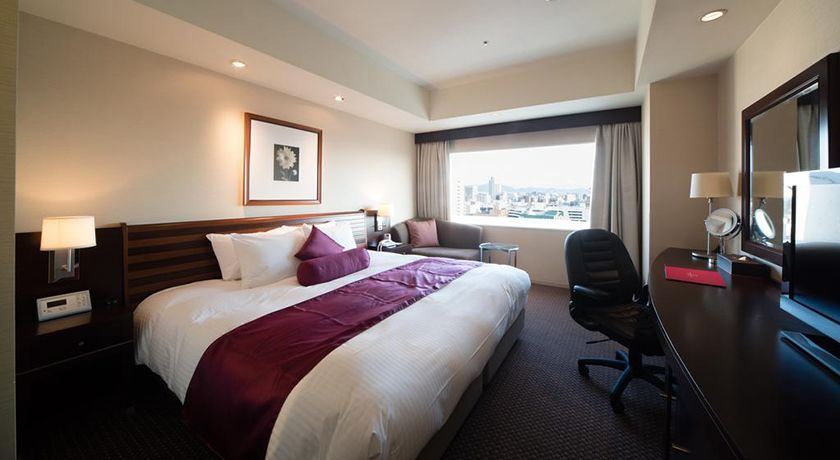 Located in downtown Okayama, ANA Crowne Plaza offers comfortable and bright rooms with free WiFi, only a 1-minute walk from Train Station West Exit. It features 3 dining options and a 24-hour reception, while concierge services and currency exchange are available. 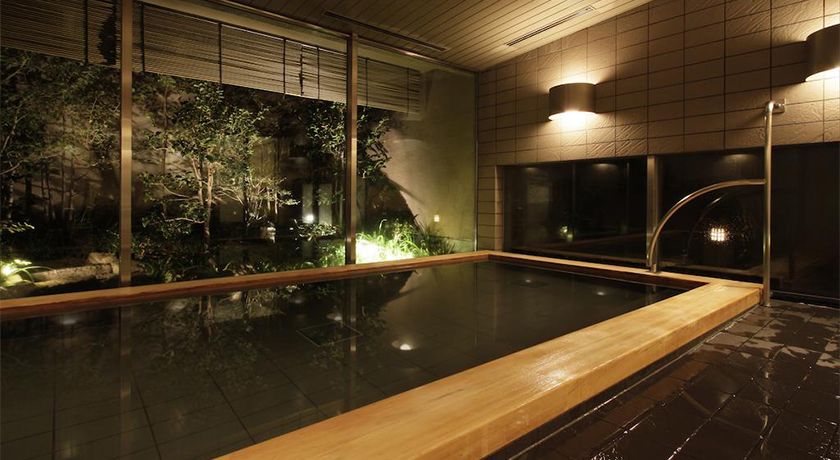 Featuring a public bath looking out on a Japanese garden, a daily 20-item breakfast buffet and massages, Mitsui Garden Hotel is a 2-minute walk from JR Okayama Train Station. Rooms have a Serta mattress and a video-on-demand (VOD) system. Free Wi-Fi is provided in the entire area. 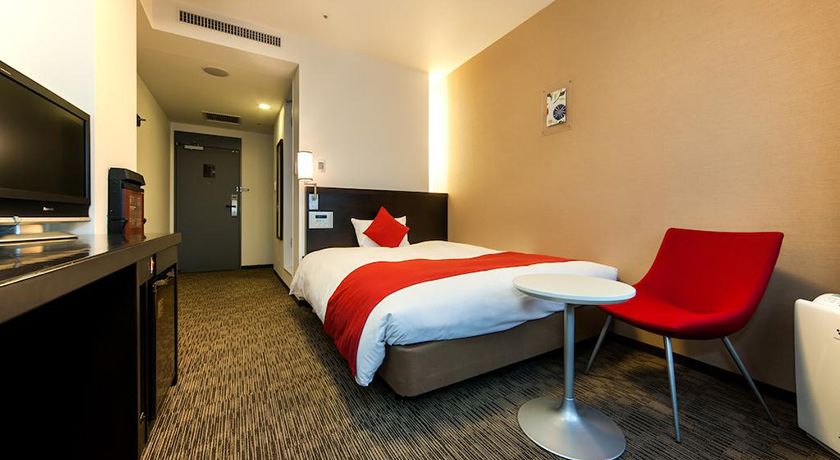 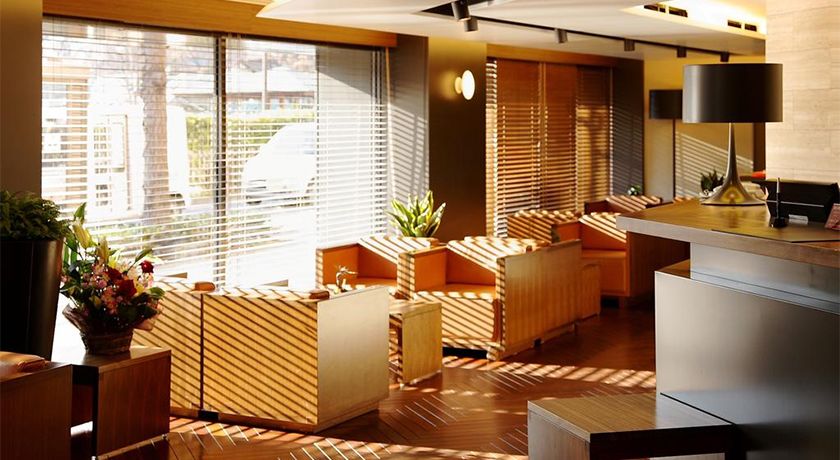 
Browse through all available hotels in Okayama 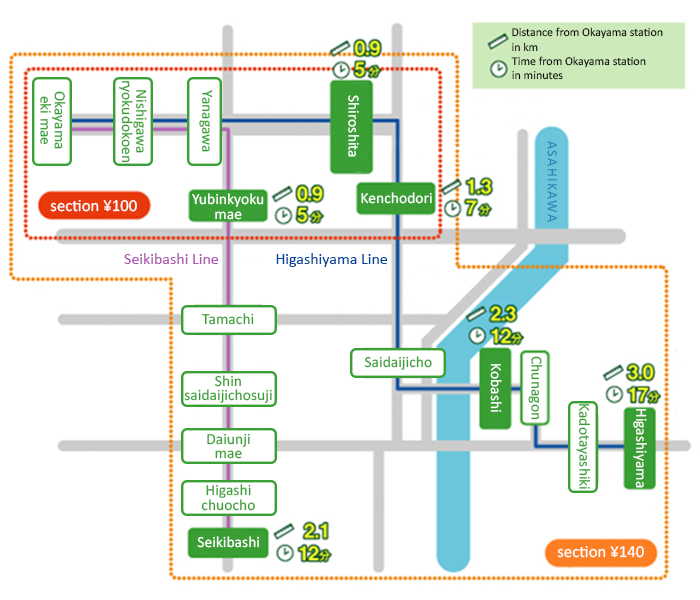 The city has 2 tramway lines