The city halfway to Tokaido road

Nagoya is the third largest city in Japan and is as important for tourism as it is for the economy. Capital of Aichi Prefecture, it has a population of 2.3 million and is very well connected to the country’s largest cities, such as Tokyo or Osaka, through the Shinkansen. Nagoya station, nicknamed Mei-eki, is the largest in the world!

Nagoya has the advantage of being located between the sea, on the Pacific Coast, and the mountains. It therefore has a variety of landscapes and there is always something to do and discover. Often neglected by tourist guides, it nevertheless seduces the locals for its pleasant atmosphere and charm, but also for its gastronomy!

Nagoya is a relatively new city. Although it developed in the 16th century, it was rebuilt almost entirely after the Second World War, during which it was heavily affected by bombardments. Today, its economy revolves mainly around the automobile industry (it is home to the headquarters of Toyota, Japan’s leading automobile manufacturer), but also electronics and port traffic (its industrial port is the 15th in the world).

The most popular tourist areas are Sakae, the bustling district of Nagoya; and Osu, a blend of tradition and modernity with its Shotengai shopping street and many temples.

During a stay in Nagoya, the main attraction is Nagoya Castle. Built in the 15th century, it was not spared from bombing during the Second World War and had to be rebuilt in 1959. Fortunately, it is a true copy of the original castle that can now be visited, with its 48-metre high keep and nearly 1050 paintings on the ceilings and sliding doors, classified as Important Cultural Property.

Nagoya also has many museums, including the Tokugawa Art Museum where you can see the famous painted scrolls of the Genji Tale classified as National Treasures; the Nagoya-Boston Fine Arts Museum; the Noritake Gardens Museum where you can discover porcelain making; and the Shibori Dye Museum in Arimatsu Narumi where you can find many painted kimonos.

The best views of the city are accessible from the Nagoya Television Tower (180 metres high) or Kakuozan Hill.

Nagoya is also appreciated for its particularly spicy cuisine, based on red miso, and in particular its noodle-based specialities (Kishimen, Miso Nikomi Udon). 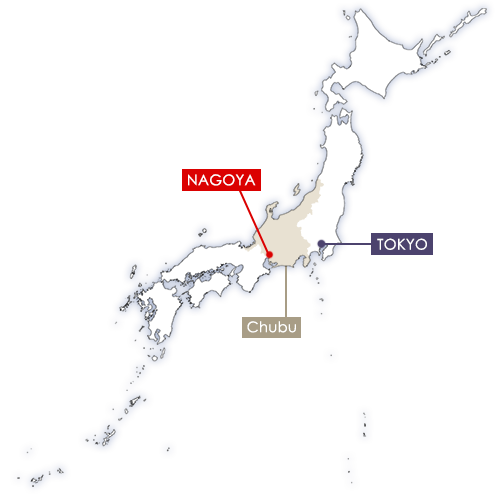 Where to sleep in Nagoya

Situated a 5-minute walk away from Train Station, Mitsui Garden Hotel Premier boasts free WiFi throughout the entire property and a 24-hour front desk. Guests can unwind and relax in the public bath on site, or enjoy a meal at the property restaurant. 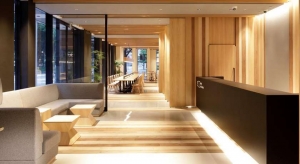 Hotel androoms Nagoya Sakae is located in the city. The property is around 700 m from Oasis 21 and a 10-minute drive or 15-minute walk from Nagoya Castle. Free WiFi is at guest’s disposal. Guests can find a bakery on the ground floor, featuring breakfast delivery to the room upon request. Public baths is available on the top floor. Hisayaodori Station (Exit 2A) is just a 5-minute walk away from the hotel. 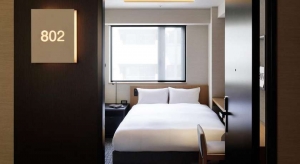 Offering free WiFi, Lamplight Books Hotel is located a 3-minute walk from Exit 10 of Fushimi Subway Station. The property is 1.4 km from Oasis 21 and 1.8 km from Nagoya Castle. The ground floor features a 24-hour bookstore and cafe for guests to enjoy. 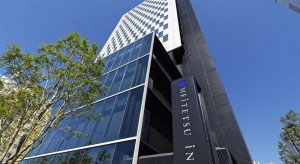 Opened in November 2016, Meitetsu Inn Nagoyaeki Shinkansenguchi is a 4-minute walk from JR Nagoya Station. There are 24-hour front desk and free luggage storage. Free WiFi is available throughout the property. 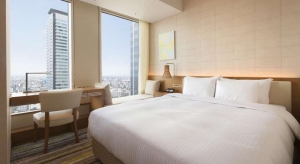 Directly connected to Train Station, the JR Gate Tower Hotel offers an on-site restaurant and free WiFi throughout the property. There is a 24-hour fitness room at this property and is equipped with treadmills and exercise bikes. 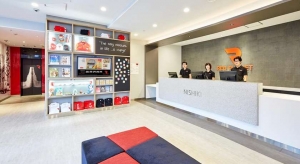 Open from November 2017, Red Planet Nishiki offers accommodation in the city, set a 4-minute walk from Marunouchi Subway Station. Free WiFi is offered throughout the property. 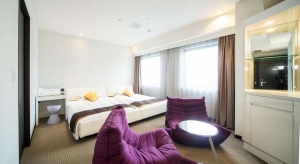 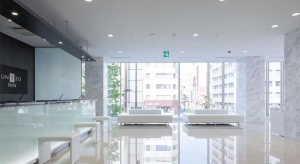 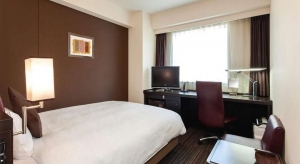 
Browse through all available hotels in Nagoya 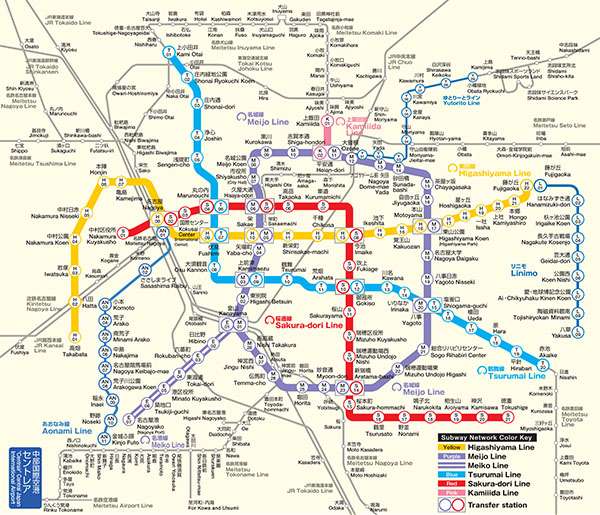 The city has 6 subway lines