The merchant city near Sapporo

Otaru is located on the island of Hokkaido, in the sub-prefecture of Shiribeshi, 30 km from Sapporo, the capital of the island of Hokkaido. On the shores of Ishikari Bay, it is famous for its picturesque brick canals and warehouses dating from the late 19th century. It is now known as the “Wall Street of the North” because it was once the gateway for Western sailors, coming from the United States or Europe to negotiate. But Otaru is also known and highly appreciated for its production of glassware.

Otaru is only 35 minutes by train from Sapporo. To get there from Tokyo, the easiest way is to fly to Sapporo Shin-Chitose airport, for a 1h30 flight.

Otaru can be visited in a single day. It is ideal for a day trip during a stay in Sapporo.

Otaru is a very western city. There are shopping streets, including Sakaimachi, where the buildings are more reminiscent of the United States than traditional Japan, although they have their outdated charm with their Victorian lanterns. There is also the canal district that reminds us of Venice, with its many wind tunnels and glass merchants.

Near Otaru, you can also visit Mount Tenguyama, accessible by cable car, which offers a magnificent view of the port and the bay.

On the festival side, the Yuki akari no michi festival held in early February is particularly famous, with its sculptures illuminated by lanterns along the canals. Tourists and locals alike enjoy walking through the port city centre with their families at this time of year, when the atmosphere is magical. In winter, tourists also come to ski on its few slopes with a view of the sea!

In terms of gastronomy, Otaru is known for its fish, which can be tasted in all their forms (sashimi, tempura, sushi) and which are delicious in the region, due to its proximity to the seaside. It is said that the best sushi in Hokkaido is eaten in Otaru. 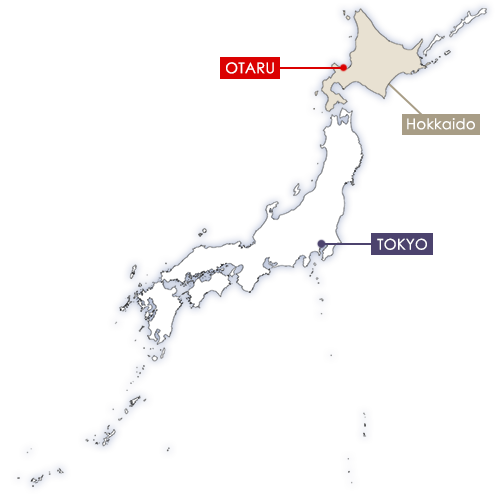 Where to sleep in Otaru