Kurokawa Onsen is a mountain spa located on the slopes of the Aso Massif in Aso District (Kumamoto Prefecture) on Kyushu Island. It is one of the most popular and renowned spas in Japan, and has many luxury spas.

In Kurokawa Onsen the ryokan (traditional Japanese inns) follow one another along the valley on the banks of the Tanohara River. Some of them have existed for several centuries and all have their own onsen (thermal bath), most of them being large outdoor stone baths (rotenburo) located in the middle of nature and surrounded by forest. An idyllic setting to enjoy the hot springs and traditional Japanese thermal luxury!

To find your way among the many establishments and bathing places in Kurokawa Onsen, and to identify those that are open to the public, those that can be visited during the day, and those that can be frequented according to gender, it is advisable to start your visit of the village with the information center. There you can get a lot of advice on what to look for and a map of the area.

For accommodation, it is advisable to choose an authentic traditional inn (ryokan). For an authentic immersion in Japanese tradition, you can opt for a formula including the kaiseki menu (a gastronomic meal consisting of a series of several refined dishes) and a night in an inn. It is recommended to reserve well in advance, especially for a stay during the red maple leaf season or for Golden Week in the spring.

With a more limited budget, one can still enjoy the baths at Kurokawa Onsen even without spending the night in a hostel, as the village baths are open to the public during the day. It is possible to opt for a pass that allows you to test 3 Onsen for only 1300 yen.

Apart from the baths, the visit of the village is worth the detour. One feels transported to the Edo period and it is not uncommon to come across visitors in Yukata (the traditional bathing attire) and wooden tap dance. In the Kurokawa Onsen area, one can also tackle the ascent of the peaks of the Aso Caldera. 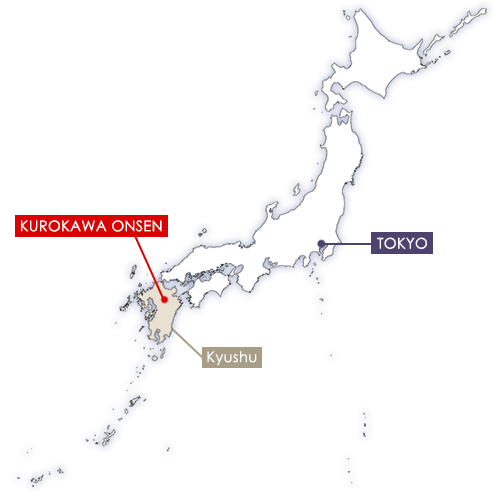 Where to sleep in Kurokawa Onsen 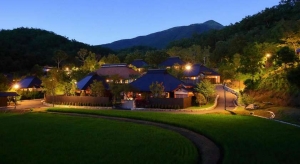 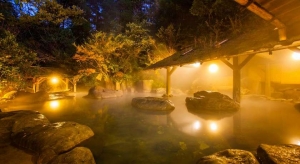 Located in the Kurokawa hot-spring area, Yamabiko Ryokan offers public indoor/outdoor hot-spring baths and some rooms with mountain or river views. Free Wi-Fi is available at the public area and guests can request relaxing massages for an extra cost. JR Aso Train Station is a 1-hour drive away. 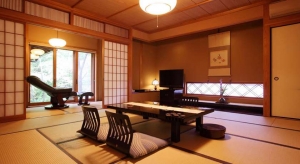 Yamamizuki offers hot spring baths and Japanese-style rooms with river or nature views and a private coffee machine, some boasting a private hot spring bath. It features free Wi-Fi at the lobby, a souvenir shop and free parking. 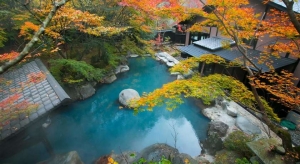 Boasting 6 different hot spring baths, Kurokawa-So is a traditional ryokan accommodation nestled in a tranquil valley along the river. It features some Japanese-style guest rooms with tatami (woven-straw) flooring. 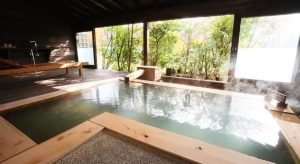 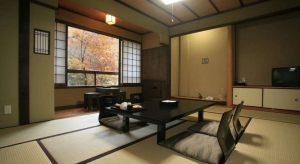 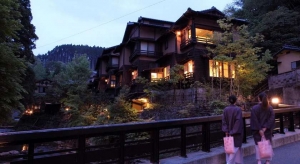 Situated along a river in Kurokawa Hot Spring area, Fujiya offers traditional Japanese-style accommodation boasting natural hot spring baths. Guests staying at the adult-only property are welcomed with complimentary tea, and they are free to unwind in the cosy communal lounge. Free WiFi can be used in the public area. 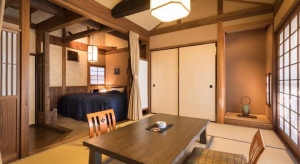 Located in the centre of Kurokawa Onsen, Oyado Noshiyu offers outdoor and indoor hot-spring baths, Japanese-style accommodations and a traditional teahouse. It also features a lounge with complimentary coffee and WiFi, a terrace and a garden. Free parking is available. 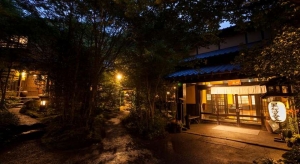 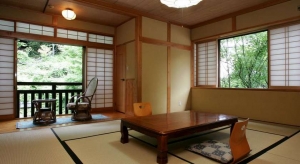 Built in 1722, Okyakuya is situated in the historical district of Kurokawa Onsen district. Located only 100 m from Kurokawa Onsen, Free WiFi is provided and private parking is available on site.


Browse through all available hotels in Minamioguni (Kurokawa Onsen)