The village with thatched roofs

Shirakawa-go is a village composed of several hamlets, located in the Shokawa Valley, in the Gifu prefecture north of Nagoya. In Japanese, its name literally means “the village of the white river”. Shirakawa-go has 3 main hamlets: Ogimachi (the largest of the three with 59 houses), Suganuma (9 houses) and Ainokura (2 houses).

To get to Shirakawa-go from Tokyo, take the Shinkansen (Hokuriku line) to Toyama station (about 2h11), then the bus (Nohi Bus Express Bus or Toyama Chiho Railway) to Shirakawa-go (about 1h25).

Located in the heart of the Japanese Alps, Shirakawa-go has been a UNESCO World Heritage Site since 1995, as a historic village. Covered with a thick blanket of snow in winter or dotted with rice fields in summer, the village is a real postcard with its traditional thatched houses, historically used to raise silkworms. Visited by more than 1.5 million people each year, this site is one of the most popular in this region of Japan; a peaceful and pleasant place housed in the Japanese countryside, with only forests and mountains as its neighbours.

The particular architecture of Shirakawa-go houses, with their sloping roofs, is called gassho-zukuri in Japanese (literally, “construction with the palms of the hands joined”). They were thus designed to withstand the snowfall that is particularly heavy in this region in winter. Silkworms were raised in the attic while the other floors were inhabited by families from the region.

Shirakawa-go’s environment, in the heart of the so-called Japanese Alps, is worth a visit on its own, with its mountains, rice fields and forests. The visit of Ogimachi is also essential, although this village is the most touristic of the 3. you can visit the Wada, Nagase or Myozen-ji houses there; and stay in one of the many guest rooms (minshuku) or inns (ryokan) that have made their home in the gassho-zukuri.

The most beautiful viewpoint is the Shiroyama observation point located at the former site of Ogimachi Castle.

In winter, on some Mondays and Sundays at the beginning of the year, you can also see the night lighting of the gassho-zukuri. A magical sight when the sloping thatched roofs are covered with snow! However, it will be necessary to book in advance to get a place, and you can only access Shiroyama’s night viewpoint or sleep on site by drawing lots… 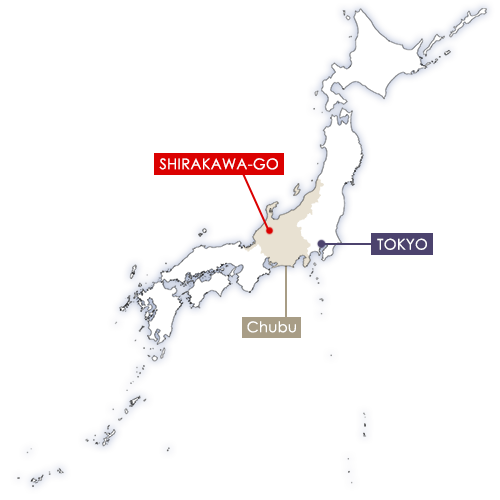 Where to sleep in Shirakawa-go 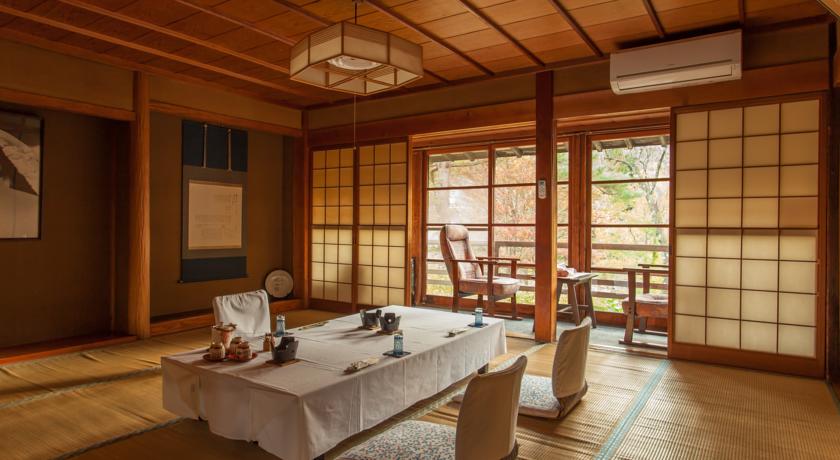 Featuring free WiFi throughout the property, Shiroyamakan offers accommodation in Shirakawa, 1.4 km from Shirakawago. Free private parking is available on site. Some rooms include a seating area where you can relax. 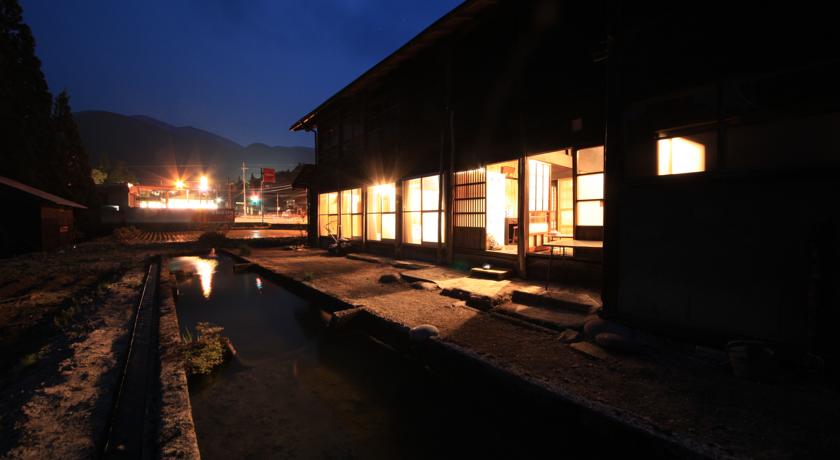 Housed in a century-old traditional Japanese house, Shirakawago Hostel is located in Shirakawa, just a 10-minute walk away from the famous Shirakawago Ogimachi Gassho-Shuraku National Heritage site. Free WiFi is available in public areas and guest rooms.The hostel is a 50-minute bus ride away from JR Takayama Station via the Nohi Bus service.


Browse through all available hotels in Shirakawa-go

To reach Shirakawa-go, renting a car and taking Tokai-Hokuriku motorway is the best way. Otherwise, you can reach this town from Toyama, Kanazawa or Takayama via the Nohi express bus line (mandatory booking by calling +81-577-32-1688 / Japanese or English), or Toyama Chiho Railway (+81-76-433-4890).