The lordly city of Kyushu

Kumamoto is located on the island of Kyushu, and is the capital of the prefecture of the same name. It is the largest city in Japan that is not part of the Japanese megalopolis (the area on the Pacific coast including Tokyo, Osaka, Kyoto or Kobe), and its agglomeration is among the 20 largest in Japan.

Kumamoto is connected to Tokyo by train (between 5 and 6 hours of travel) via Shinkansen, or from Fukuoka from Hakata station to Kumamoto station in 1 hour and a half by shuttle (Limited Express Ariake). It can also be reached by plane: from Haneda Airport in Tokyo, it takes 1 hour and 50 minutes to reach Kumamoto Airport, which is connected to Kumamoto Station by bus (54 min).

From the early 17th century to the end of the 19th century, Kumamoto was a central seigniorial town in the region, renowned for its gardens and waterways. The city has suffered some major earthquakes during its history, the most recent being those of 2016, which devastated Kumamoto Castle (built in 1607) and which is among the most beautiful castles in Japan along with those of Himeji and Matsumoto. The multiple repairs and reconstructions of the estate’s walls are to be spread over a period of 20 years, although some parts have been reopened to the public. In the dungeon, which has already been restored, you can see objects representative of the Shogun period.

Apart from Kumamoto Castle, the city has several tourist attractions. The Suizen-ji Joju-en garden is a must: created in 1632, it covers 64.6 hectares and includes a tea house and a reproduction of the landscapes of the old Tokaido road, including Mount Fuji and Lake Biwa.

Kumamoto’s cuisine is renowned in the region for its ramen and Karashi renkon.

Kumamoto does not lack festivals either. The most popular are the Festival of Lanterns (August 15 and 16) and the Aso Fire Festival, which takes place throughout March, and whose most anticipated event is the Dai Himonjiyaki, during which a huge representation of kanji meaning “Fire” is burned. 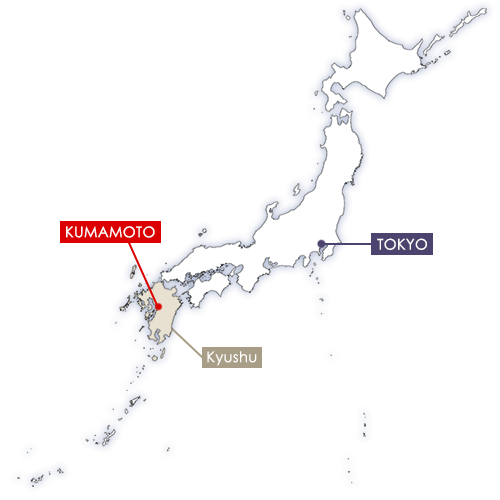 Where to sleep in Kumamoto 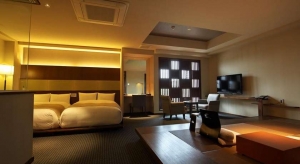 Ryotei Matsuya Honkan Suizenji offers both Japanese and Western-style accommodations with a flat-screen TV and free wired internet access. Guests can request for relaxing massages and bathe in the public baths. JR Suizenji Train Station is a 15-minute walk away. 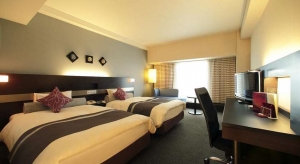 Crowne Plaza ANA Kumamoto New Sky is an 8-minute walk from Train Station, and a free 2-way shuttle is provided. It offers modern accommodation with 2 restaurants and rooms with free WiFi. 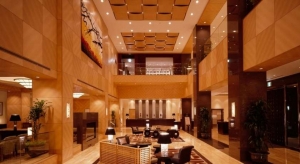 Located in the heart of the city, Hotel Nikko features accommodations with free wired internet access and views of Kumamoto Castle. Torichosuji Train Station is a 1-minute walk, and the Train Station is a 10-minute drive away. Guests can choose among 5 dining options and relaxing massages can be requested as well. 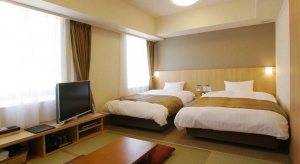 Dormy Inn Natural Hot Spring is centrally located in the city, in front of the Bus Terminal and 1.6 km from the Train Station. It offers sauna facilities, a public bath and rooms with free wired internet. 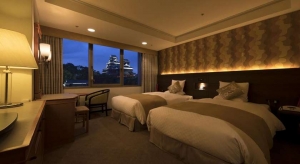 Situated within 4 km of Suizenji Park and less than 1 km of Former Residence of Natsume Soseki, KKR Hotel features rooms in the city. Among the facilities of this property are a restaurant, a 24-hour front desk and luggage storage space, along with free WiFi. Private parking is available on site. 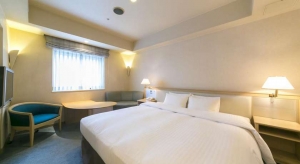 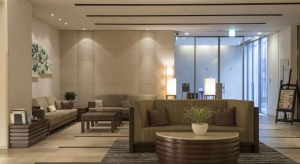 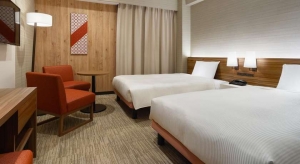 Mitsui Garden Hotel is a 20-minute walk from Kumamoto Castle and a 5-minute drive from Train Station. It offers modern accommodation with a cafe, massage services and free internet. 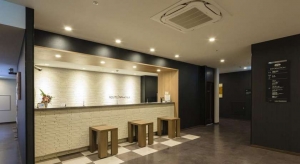 On only a 3-minute walk from Train Station, Route-Inn Kumamoto Ekimae offers a public bath and a breakfast buffet. Rooms include a full private bathroom and free WiFi. A complimentary coffee service is available at the ground floor of the hotel. 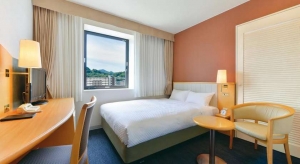 
Browse through all available hotels in Kumamoto

The city has 2 tram lines