Hakodate is located on the island of Hokkaido, of which it is the 3rd largest city after Sapporo and Asahikawa. The history of the city is closely linked to its port, once the main gateway to the island of Hokkaido. Its port was one of the first in Japan to open up to the international market, with the ports of Yokohama and Kobe.

Hakodate is easily accessible from Tokyo by plane. There are several companies that fly directly to the city in an hour and a half. The Shinkansen also connects Tokyo to Hakodate in 4 hours.

Spreading along a small strip of land, the city has an atypical charm. It is dominated by Mount Hakodate, which rises to an altitude of 334 m. You can go up to the top by cable car or on foot and admire the view of the whole city, famous for being one of the most beautiful in Japan, especially at night.

Due to its history and the opening of its port beyond Japan’s borders, Hakodate was a pioneer in cultural exchanges and is marked by a strong Western influence, with many foreign buildings, such as the wooden churches in the Motomachi district.

Not to be missed in Hakodate: Goryokaku Park, the only European-style fortress in Japan, built in 1864. It is magnificent during the cherry blossom season (it is said to have 1,660 cherry blossoms). In the park, there is also the Goryokaku Tower, which includes a 90 m high observatory with a magnificent view of the park and its surroundings. For museums, the Hakodate Museum of Northern Peoples, which traces the lifestyle of the Ainu, the indigenous people who lived in the region ancestrally, will interest lovers of culture and history.

Hakodate is also known for its onsen, notably the Yachigashira Onsen located by the sea, which can accommodate 600 people, or the Yunokawa Onsen, the oldest onsen on the island of Hokkaido.

During a stay in Hakodate, tourists often explore the surrounding area, including the cities of Onuma and Nanae cho, located near the Onuma Natural Park at the foot of Mount Komagatake, and known for its mountain lakes (including Lake Onuma and Lake Konuma).

As for gastronomy, Hakodate’s specialities are based on seafood (giant crab, sea urchins, scallops, salmon and salmon eggs, squid…), especially donburi with seafood. All kinds of seafood can be found in the city’s huge fish market (Hakodate Asa-ichi). The region is also known for its milk production. 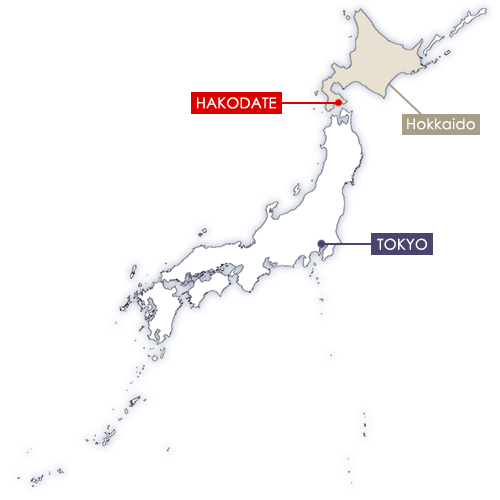 What to visit, what to see in Hakodate 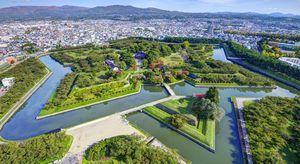 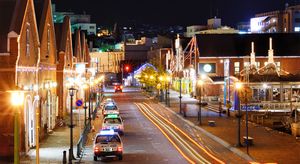 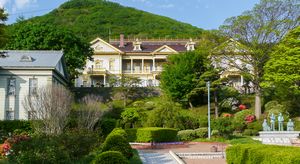 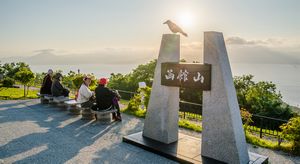 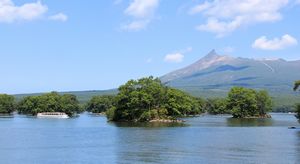 Where to sleep in Hakodate 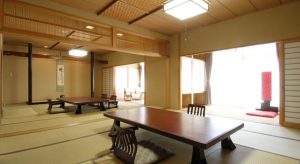 Conveniently located a 5-minute drive from Hakodate Airport, Chikuba Shinyotei features Japanese-style guestrooms. Guests can unwind at the public hot spring bath. The closest train station is Yunokawa Train Station which is a 6-minute walk from the hotel.

A 15-minute drive from the Mount Hakodate, Bourou Noguchi features modern accommodations with Wi-Fi in the public area. After soaking in the indoor and outdoor hot-spring baths, guests can relax in the massage chairs in the sky lounge, or look out into the beautiful Japanese garden. The JR Hakodate Train Station is a 15-minute drive away. 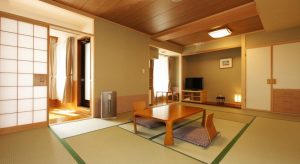 Featuring Japanese rooms with a private hot-spring bath, sea views and a Yukata robe, Yunokawa Prince Hotel is a 10-minute drive from Hakodate Airport. It offers an indoor pool, massage services and sushi and ramen shops. 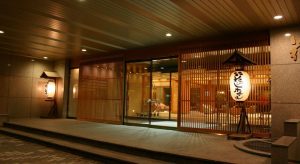 Hanabishi Hotel is within a 10-minute drive of Hakodate Airport and the Goryokaku. It offers Japanese-style accommodations with 3 public baths, free parking and free Wi-Fi in public areas. 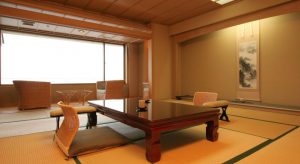 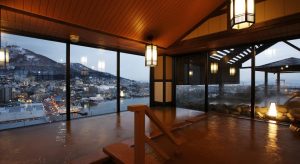 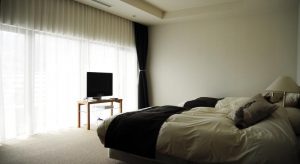 A 5-minute drive from Train Station, Villa Concordia Resort offers spacious rooms with a balcony, a kitchenette and free wired internet. It features spa treatments and a French restaurant. 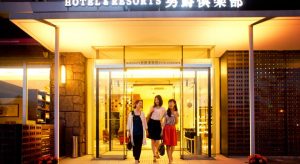 A 3-minute walk from Train Station, Danshaku Club Hotel & Resorts offers rooms with a 32-inch flat-screen TV and free Wi-Fi. Rooms come with a balcony, a living area and a kitchenette. 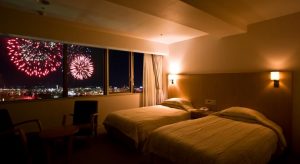 Ideally located just a 1-minute walk from Suehiro-cho Tram Stop, Winning Hotel offers simple guest rooms with a Hakodate Bay view. Free WiFi is available at the lobby. There is a museum of Saburo Kitajima, a famous Japanese singer, on the 2nd and 3rd floors. 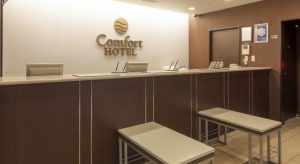 Situated in front of train station, the Comfort Hotel is conveniently located near many businesses and leisure points of interest. The hotel is minutes from the Hakodate Morning Market, the Mt. Hakodate Ropeway aerial tramway, the City Museum, Goryokaku Park and Yunokawa Hot Spring. 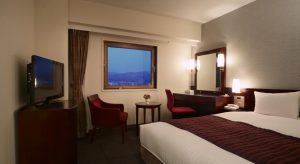 Massages, a hot public bath and modern rooms with an LCD TV and free wired internet await guests at Hotel Hokke Club, a 2-minute walk from Goryokaku-koen-mae Tram Station and a 10-minute walk to Goryokaku Fort. 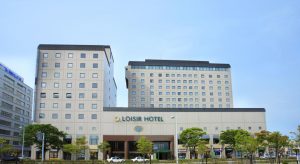 Featuring modern Western-style rooms with free Wi-Fi, Loisir Hotel is a short walk from Train Station. It features a buffet restaurant with a show kitchen and massage services. 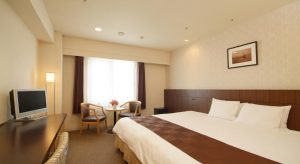 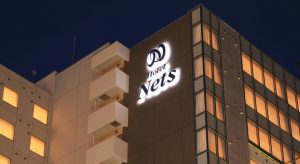 
Browse through all available hotels in Hakodate

The city has two tramway lines 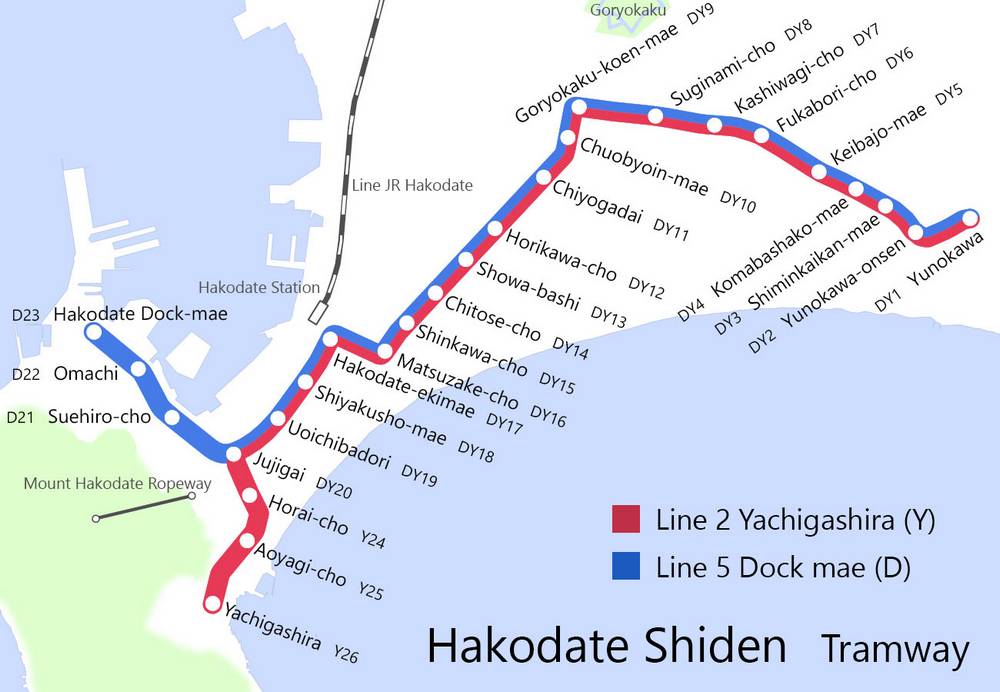