The great metropolis of western Japan

Osaka is the 3rd largest city in Japan. A real nerve centre of the Kansai region, it is the culmination point of the mythical Tokaido road, and around it lies the Keihanshin (Kyoto–Kobe-Osaka) conurbation. It is therefore a major city in Japan.

Founded in the 3rd century under the name of Naniwa, Osaka developed thanks to its port and its development later earned it the status of a decision-making centre during the time of Toyotomi Hideyoshi, great lord of feudal Japan. During the Edo era, it played a major role as a “national pantry” through its rice production. Later, it was an important industrial centre, becoming one of the major drivers of the Japanese economy.

Osaka is a very culturally rich city, it is notably where the epic theatre (kabuki) and the Japanese puppet theatre (bunraku) were born.

To reach Osaka, you can take the Tokaido line from Shinkansen. From Tokyo, the Shinkansen make nearly 300 trips a day and bring you to Shin-Osaka station in just under 3 hours.

On the side of major tourist sites, there is first of all Osaka Castle, which dates back to the end of the 16th century and was rebuilt in 1997 after being damaged by bombardments. It is possible to visit the castle gardens free of charge, as well as the museum inside (which traces the history of Japan) for 600 yen.

Dotonbori, the city’s main artery, is the ideal place to shop or eat cheaply. Finally, Tennoji Park and Keitakuen Garden are also worth a visit, especially during the cherry blossom season.

Osaka has many museums, including the National Museum of Art (NMAO), the Osaka History Museum, but also more unusual museums such as the Currency Museum and the Momofuku Ando ramen museum.

For a stay with children, the Kaiyukan aquarium, which is one of the largest in the world, is not to be missed, as well as the Universal Studios Japan amusement park which is located in Osaka.

As for gastronomy, don’t miss a visit to the Kuromon Ichiba Market where you can find many seafood products. Osaka’s culinary specialities include okonomiyaki (a kind of Japanese omelette), kitsune udon (thick udon pasta and fried tofu), local square sushi Osaka zushi, or shabu-shabu. 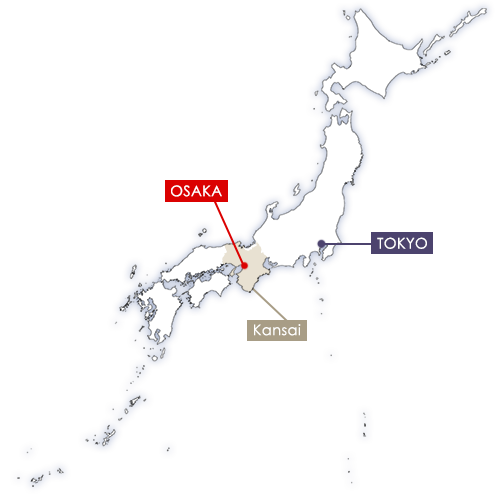 What to visit, what to see in Osaka 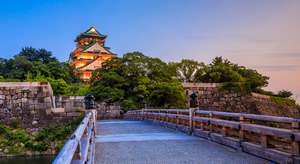 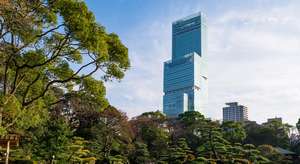 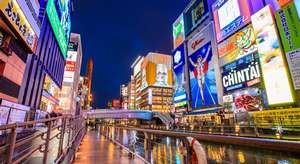 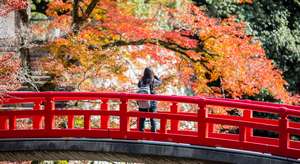 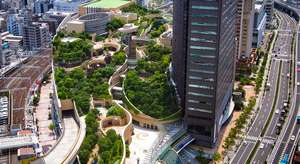 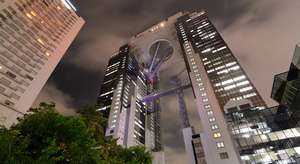 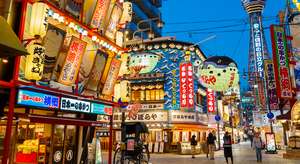 Where to sleep in Osaka

Opened in March 2014, Marriott Miyako Hotel is on the high floors of Abeno Harukas building featuring direct access to Tennoji Station. Luxurious rooms feature free Wi-Fi, and guests can enjoy 360 degree views of the city from the panoramic view point on the 58th floor. 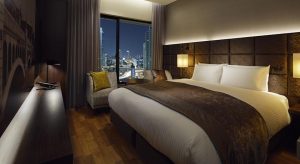 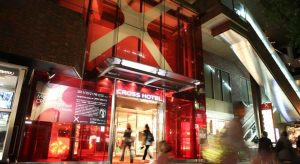 The Cross Hotel is just a 5-minute walk from the Dotonbori area and JR Namba Train Station. The stylish rooms include free Wi-Fi internet and private bathrooms. 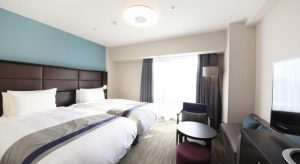 Opened in December 2013, the Richmond Hotel Namba Daikokucho is conveniently located within a 4-minute walk of Daikokucho subway station and an 11-minute walk of Namba Train Station. It features guest rooms decorated in earth tones and free Wi-Fi throughout the property. 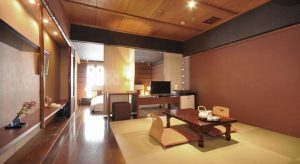 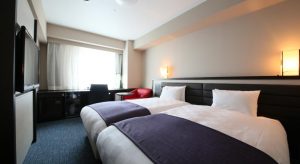 Opening in May 2013, the Daiwa Roynet Hotel Osaka-Kitahama has direct access to the Kitahama subway station and provides modern guest rooms with free Wi-Fi. The popular Umeda and Namba areas are both within a 15-minute subway ride. 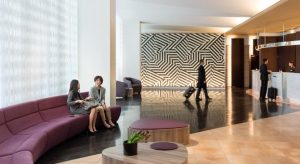 Open from November 2015, Courtyard by Marriott Shinosaka Station boasts a 19th-floor Teppanyaki restaurant and rooms furnished with modern interior. The property is located just a 1-minute walk away from JR Shin Osaka Station. Free WiFi and valet parking is available. 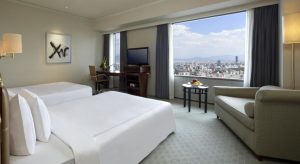 Swissôtel Nankai has luxurious 5-star accommodations right in the heart of Osaka’s entertainment and shopping district. It features a refreshing indoor pool, a spa, free in-room Wi-Fi and 7 dining options. The hotel is conveniently situated above Nankai Railroad’s Namba Station, which provides direct access to Kansai International Airport in 35 minutes on the Limited Express Train. 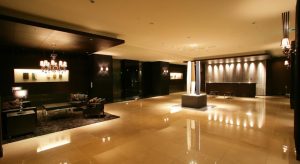 Conveniently located within a 5-minute walk from Kitahama Station on the Keihan and Sakaisuji lines, Hotel Brighton City Osaka Kitahama offers accommodation with elegant rooms. It offers a Japanese restaurant and free WiFi is available throughout the property. 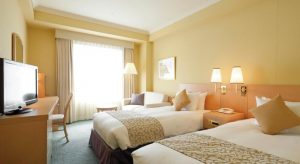 Only a 5-minute walk from Namba subway station and the lively Dotonbori area, Namba Oriental Hotel features air-conditioned rooms with free wired internet. It includes a terrace, a restaurant and massages.


Browse through all available hotels in Osaka 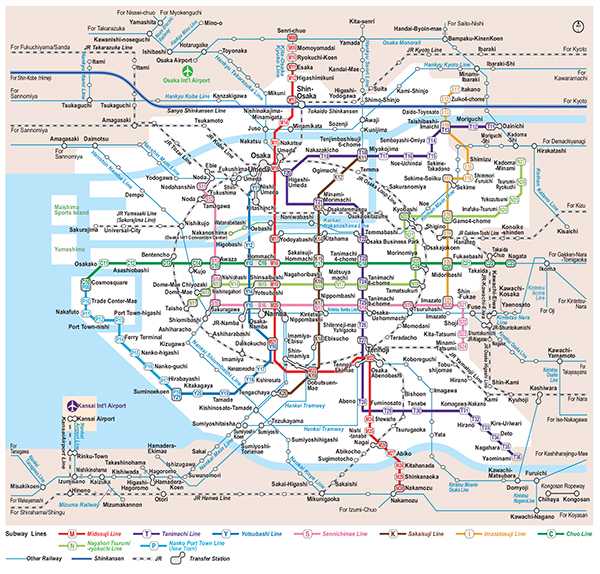 The city has 9 subway lines