The neighbouring port city of Tokyo

Yokohama is a port city, capital of Kanagawa Prefecture on Honshu Island. It has a population of more than 3.7 million and is therefore the second largest city in Japan after Tokyo.

Its economic development has mainly developed around its port. Thanks to its location, Yokohama has always established international links, particularly with China (the city is home to Japan’s largest Chinese district).

Yokohama is located 40 km from Tokyo, 40 minutes by car from Tokyo and one hour and a quarter of transport. One of the most popular solutions is the direct train from Tokyo to Ishikawacho, which leaves every 15 minutes and connects the two cities in only 47 minutes. It is because of its proximity to Tokyo that Yokohama is often the place of residence of Japanese working in the capital.

The most famous district in Yokohama is Minato Mirai 21. It is a recreational area located around the port of Yokohama. In particular, there is an observatory on the 69th floor of the Landmark Tower, a 296-metre high skyscraper. This tower is one of the highest in Japan and faces the sea: from the observatory, you can enjoy a 360° panoramic view of Yokohama but also of the entire Tokyo Bay, and as far as Mount Fuji on clear days. The Landmark Tower is also known for having one of the fastest elevators in Japan (45 km/h), with the Tokyo Skytree elevator among others.

In the Minato Mirai 21 district, it is pleasant to stroll along one of the many waterfront walks, shop in one of the many shopping centres or spend a day in the Cosmo World amusement park. For the most curious, the visit of the Shin Yokohama Ramen Museum (museum dedicated to ramen) is also a must!

Another point of interest in Yokohama is the Japanese Sankei-en garden, southeast of the city. Spread over 175,000 m², this garden includes 17 historic buildings and several tea houses. Tourists and locals alike like to relax by the pond on sunny days.

For those who enjoy the festivities, it is recommended to attend the Kanagawa Shinbun Fireworks on August 2nd. 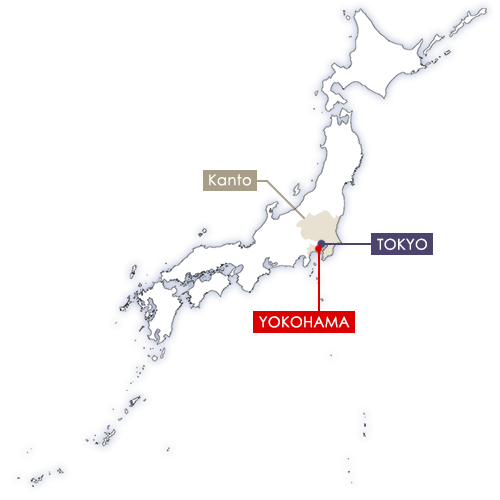 Where to sleep in Yokohama